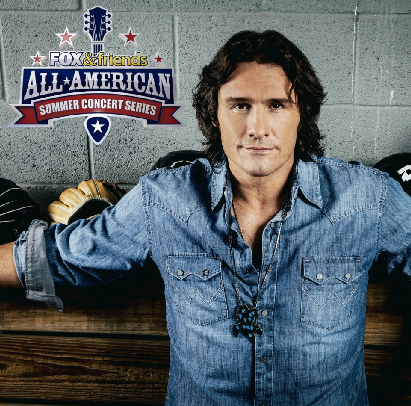 The concert series is free to the public and will take place on Fox Square at 1211 6th Avenue in the heart of New York City. Tickets are not required. However, VIP tickets will get fans access to FREE Masterbuilt BBQ and closest to the stage. There are a limited number of VIP tickets available each week. Check out the schedule and sign up today HERE.

Nichols is one of country music’s most-lauded recording artists. A 21st century traditionalist, Nichols is an artist who is both timely and timeless – one who has racked up a half-dozen Number 1 singles and ten Top 10 hits with a sound that blurs the boundaries between country music's past and present. It's an approach that has earned Nichols three Grammy nominations, a CMA award, an ACM trophy, a CMT “Breakthrough Video of the Year” Award as well as multiple gold and platinum-certified records.

Nichols new single “Good Day For Living” reunites him with longtime collaborator Mickey Jack Cones, who also produced his back-to-back Number 1 hits “Sunny and 75” and “Yeah” (2013), as well as legendary label head Benny Brown. The single impacted U.S. Country Radio as a Top 3 Most Added Song upon its debut and is currently edging Top 40. “Good Day For Living” is available to stream / purchase at all digital retailers now. For information on Joe Nichols visit: http://www.joenichols.com and follow @JoeNichols